Weekly Oil Report : A Week For Oil And Stocks 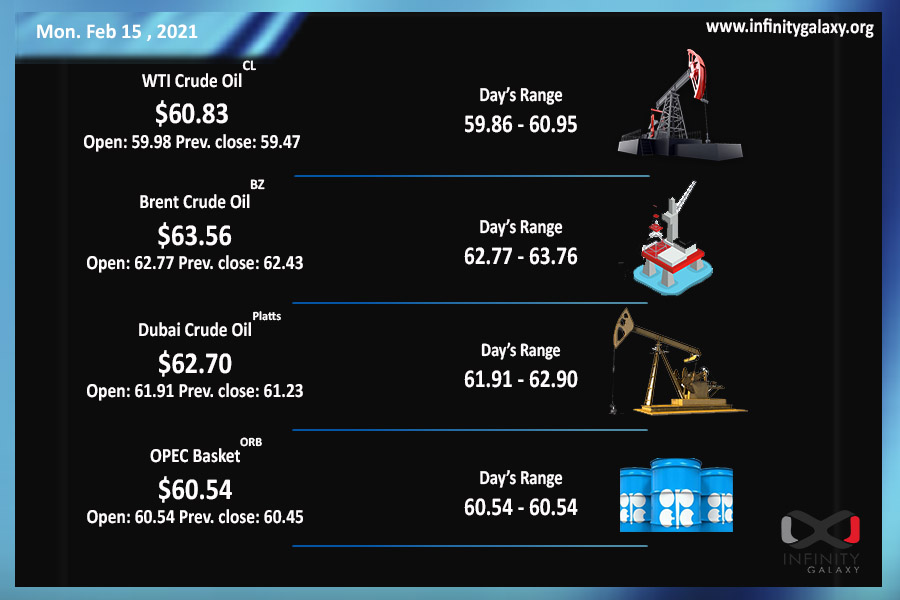 The second week of February was a calm and generous week for industries and oil. The market acted reasonably and played hopefully for a better future. Vaccines efficiency was approved with more certainty, in addition to the program of the pharmaceuticals to increase the doses. A wider and faster vaccine distribution leads to more immunity in a shorter time.

Accordingly, the general market sentiment was positive. VIX was stable around 21 and Dollar index was on a falling trend. Both facts meant traders evaluated the market safe and ready for more investments. If the U.S. financial reports do not appear strong, the dollar may see another negative week.

Financial reports of the USA indicated that inflation is not rising as much as the central bank requires. Therefore, there would be no immediate change in monetary policies soon. We will still have the money expansion policies for the damaged economies until the inflation could rise to desired levels.

Fortunately, DJI could rise during the week and oil prices increased by about 5%. WTI closed price was $59.61 and Brent recorded $62.20. considering the previous year and the disastrous demand decline, these prices are indicating a better situation in the energy field. The US crude oil inventories have been decreasing for a couple of weeks now. If the supply cut continues, oil still gets to better prices. Based on the charts, oil is probable to touch prices around $65 during the week.