Weekly Oil Report: Ever Given Briefly Flipping the Market 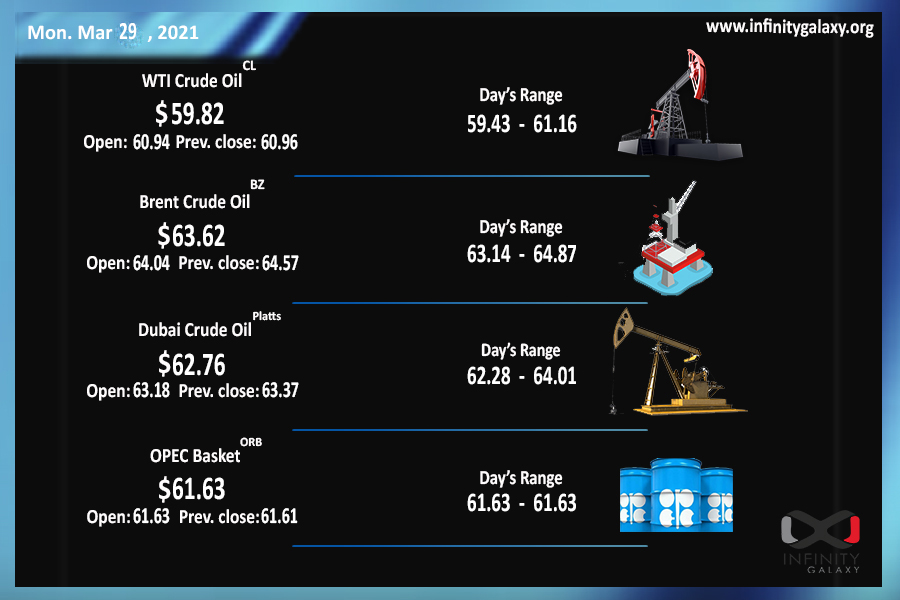 On March 23, the Ever Given vessel, a 1,300-foot container ship, veered to the right as it was traversing the Suez Canal and blocked the traffic between the Red Sea and the Mediterranean. The Suez Canal links the Mediterranean Sea to the Red Sea, a major shipping route between Asia and Europe. Giants shipping companies declared delays on their cargoes. Experts hopped to unplug the thoroughfare by Saturday but it did not occur. shipping analysts estimate the port traffic has held up nearly $10 billion in trade each day.

Despite the cascading costs, fear of fuel supply saved the oil. After the Suez crisis, some vessels headed for the cape of good hope. Indeed, shippers decided to spend extra energy and fuel. With the tight supply and higher demand, oil could recover $64. It is not still moving strongly enough to pass the $65 resistance, therefore we can still expect lower prices around $59 and lower. Unless we see an unexpected event in the week.

CNOOC, the China National Offshore Oil Corp., posted a 59% plunge in profits in 2020. “The Covid-19 pandemic has not been completely controlled,” CNOOC said and came up with the idea of the company facing tremendous pressure in the capital market even through 2021. When Giant as CNOOC expresses concerns about the energy future, the market may get subtly negative through time.

Financial reports remain promising for short-term outlook, supported by the assurance that the monetary policies are not to change by 2022. The U.S. crude oil inventories also decreased but could not affect the market to a considerable extent.

Considering the change of the week in supply and demand, Infinity Galaxy recommends observing the market constantly during the week for the oil price. Brent is moving in the range of $64-60 and it is more probable to break downwards. However, the events of the week are noticeably effective. Passing through $59, lower prices are touchable for Brent.