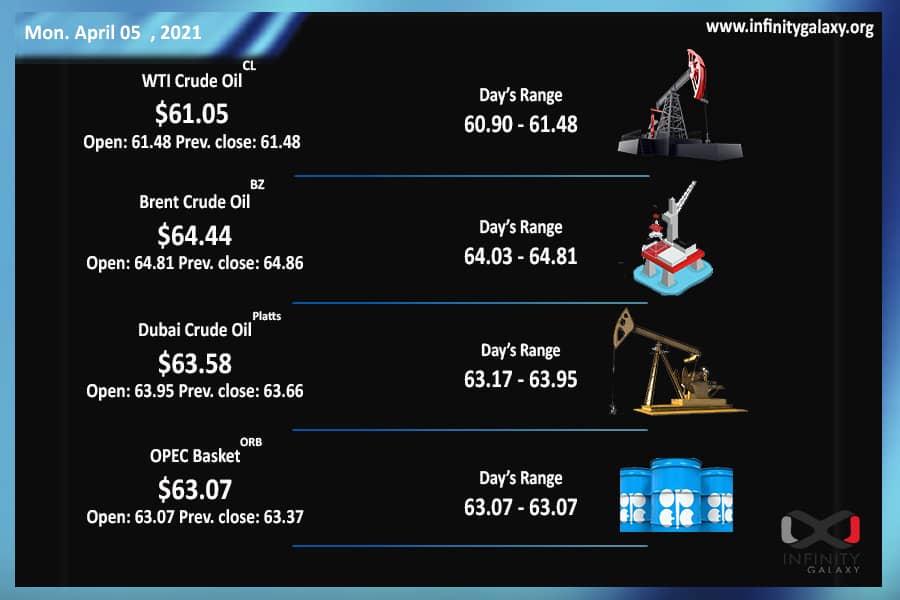 On Thursday, the OPEC meeting shocked everyone by expanding the production plans. Saudi Arabia implicitly declared that it will decide on the voluntary production cut on its own. The reason for the increase was the anticipation of higher demand in summer. Although, OPEC was under pressure by the United States and India to supply more crude oil to the market. consequently, OPEC+ will increase its overall production by 350,000 bpd in May and it will gradually increase to 841,000 in July. Iran, Libya, and Venezuela have all increased production over the last month.

Saudi Arabia also raised the bid price of oil for May 2021 delivery for Asian customers between $0.2-$0.5 to $+1.8! Aramco’s increase is sending a signal to oil market investors that the market demand is positive and improving. Alongside OPEC+ rollover and Aramco increase, the U.S is also increasing the supply. With the $60 WTI, some Shale producers have decided to increase drilling activities to boost their revenues.

Oil price rose on Thursday, despite the decision of OPEC. Indeed, the boost of production was promising for demand. Traders have to watch out for the exports level.

Last week, DXY was still increasing and it does not show any falling signs. Stocks were also on the rising trend. Infinity Galaxy believes the week brings a sideways movement for oil unless we see an extraordinary demand or stocks boost. The Brent price is still in the zone of $60-65 and purchase power is not promising yet.