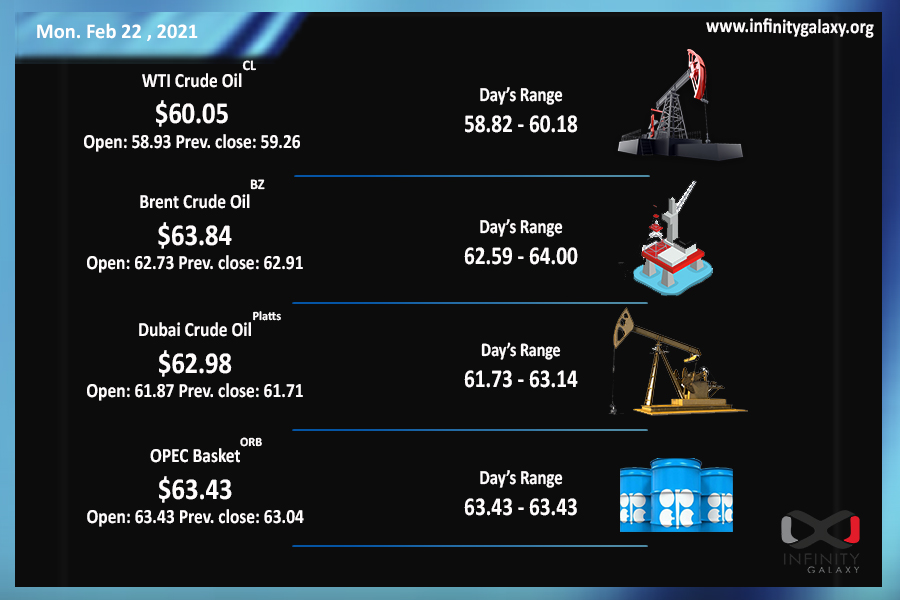 3rd week of February was bullish for oil and stocks. As Infinity Galaxy reported oil could get to $65. Considering the financial reports, it was not surprising that oil did not stay all high and selling pressure took over the market.

Core Retail Sales of USA appeared better than the forecasts which indicate an improving situation of the economy. Indeed, the core retail sales report is an important indicator of consumer spending. Therefore, the market concludes that inflation is rising and central banks policies have been working. If the inflation keeps rising, the central banks will shift their policies toward contractionary fiscal policies which will cause the Dollar to increase.

Initial jobless claims were also promising and less new individuals filed for unemployment insurance during the past week.

Although a new variant of coronavirus seems to be spreading in a couple of countries, the market has not yet responded to it. VIX stability approves the idea of a more risk tolerate market. Fortunately, the vaccines are still moving forward and more people have got the jabs.

Although the U.S crude oil reserves decreased during the past week, Texas is expected to raise oil production in near future. Moreover, after president Biden’s speech, Iran and America are likely to get into an agreement and the U.S is probably going to cancel the snapback mechanism. Both the Texas possible increase and Iran’s return have worried the oil market for an excess supply.

If the new relief package of the U.S household releases, we can expect a bullish trend in commodities and stocks. Otherwise, oil and stocks are likely to be bearish. Accordingly, WTI may even resurge to the prices of about $58.