Weekly Oil Report: Will Demand Take Over The Supply? 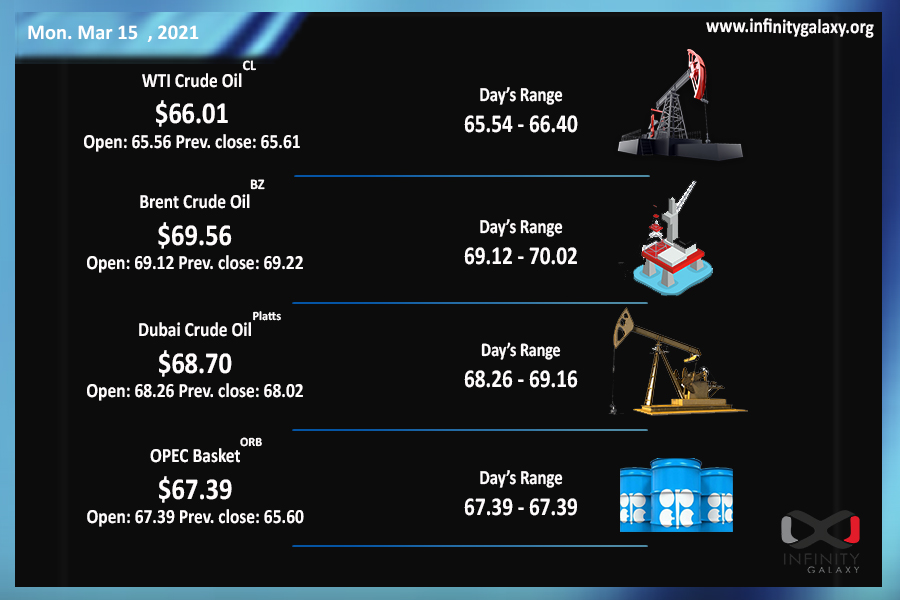 Brent started the second week of March at $70.46 and ended with $68.67. Although OPEC+ and Saudi Arabia helped the price by limiting production, the market has sensed upcoming rising production possibility. OPEC+ had giant losses in recent years, and the current price of the oil is enticing to raise the production. Russia and Kazakhstan are going to increase production slightly. According to JP Morgan, U.S. Shale oil seems to increase production soon. Traders should be cautious about Shale oil, Saudi Arabia, OPEC and non-OPEC countries decision on production. In case of an increase, the market will see lower prices. India has also requested OPEC to decrease the price because the county imports about 70% of its oil from other countries.

America and Europe financial reports were still improving; however, Federal Reserve and ECB recent interviews were assuring that economic policies are not changing yet. They reported the economy on track, but not where it must be. Therefore, expansionary policies are still on the way. President Joe Biden also talked about more possible relief packages.

After the reassurance on stable banking policies and distribution of the $1.9 trillion rescue package, as Infinity Galaxy reported in the last weekly oil review, stocks get back on a rising path, and it could improve compared to the last week. Dollar Index fell about 1% and Brent got the chance to stay above 63$

However, we are also getting closer to the summer and the peak of demand in America and Europe. Statistic show fuel and oil consumption are rising gradually. Considering the issues on the sides of supply and demand, in addition to Iran’s oil production increase, we can expect a price correction for oil. We will have a strong resistance zone of $65 for Brent.